As we all know, Amazon released the first generation Kindle in 2007. Users can look through magazines, paper and other content on it.

This kind of device is adopted the e-ink technology, namely electronic ink technology, which is designed as a low-power and paper-like display, currently owned by the Massachusetts-based E Ink Corporation.

E-ink display appears in various industries and why it is so popular? Let us see the advantages of it. 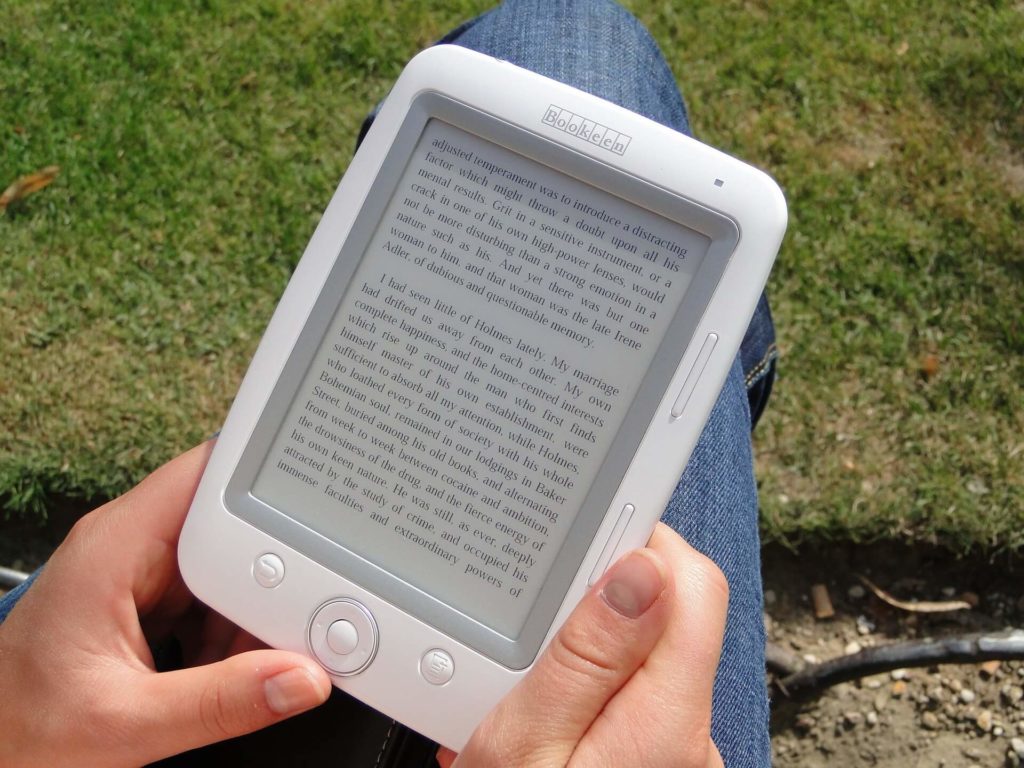 - The Features of E-ink Display -

This feature refers to the fact that an image is retained on the e-ink screen without any energy consumption unless there is any change on it. For example, only when a reader wants to turn to a new page on Kindle, do the device will consume a little power. In other words, bistability is the important factor that a device with e-ink technology has long battery life.

Like LCD or LED, those kinds of the traditional screens would emit the light while e-ink screens reflect light surrounding, which is another key reason why e-ink displays needn’t to be charged for a long time. In addition, it is beneficial for users to relieve eye fatigue and feel more comfortable compared with using a device with LED or LCD.

E-ink display has a very wide angle of visibility and a very high contrast so even though at the strong light, people can see the content on the screen clearly, resembling true paper while LED or LCD would reflect the light and people need to adjust several angles to see the content on the screen clearly as soon as possible, which would lead to a bad and inconvenient visual experience for people.

Because of those advantages of the e-ink display, it has wide applications in our daily life.

- The Wide Applications of E-ink Display - 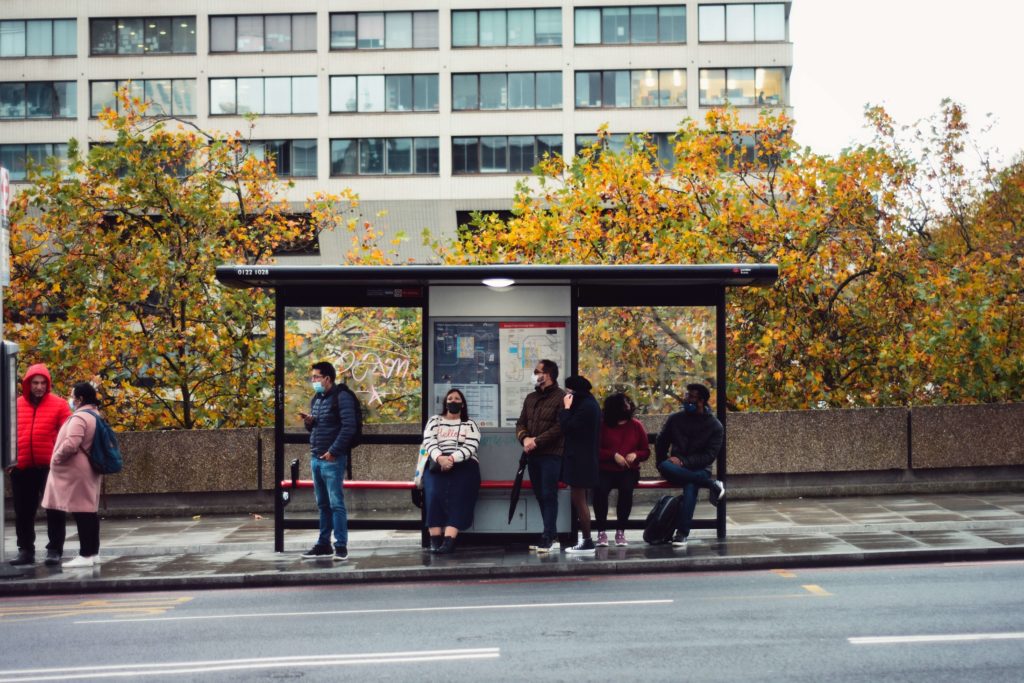 Imagine that if there is a display that shows the real-time bus routes and timetables at the bus stop, passengers would tend to decide whether they wait for the next bus and then control their time well.

At the same time, bus administrators could manage and update the bus schedules remotely. Moreover, thanks to the low energy consumption of e-ink displays, they needn’t to recharge the display to make sure the device works properly every moment, which simplifies the workflow for bus administrators, and saves the maintenance and labor cost.

Like subway stations, airports, libraries, shopping centers even nearby a road, those kinds of places need a direction guide for people to help them find their destinations smoothly.

An e-ink display could navigate people find their way as well as is easy to maintain without too much extra cost. Meanwhile, the information shown on the screen can be changed remotely, which facilitates administrators to make some temporary adjustments for emergent or other situations, like a subway station where a new subway line will be added one day. 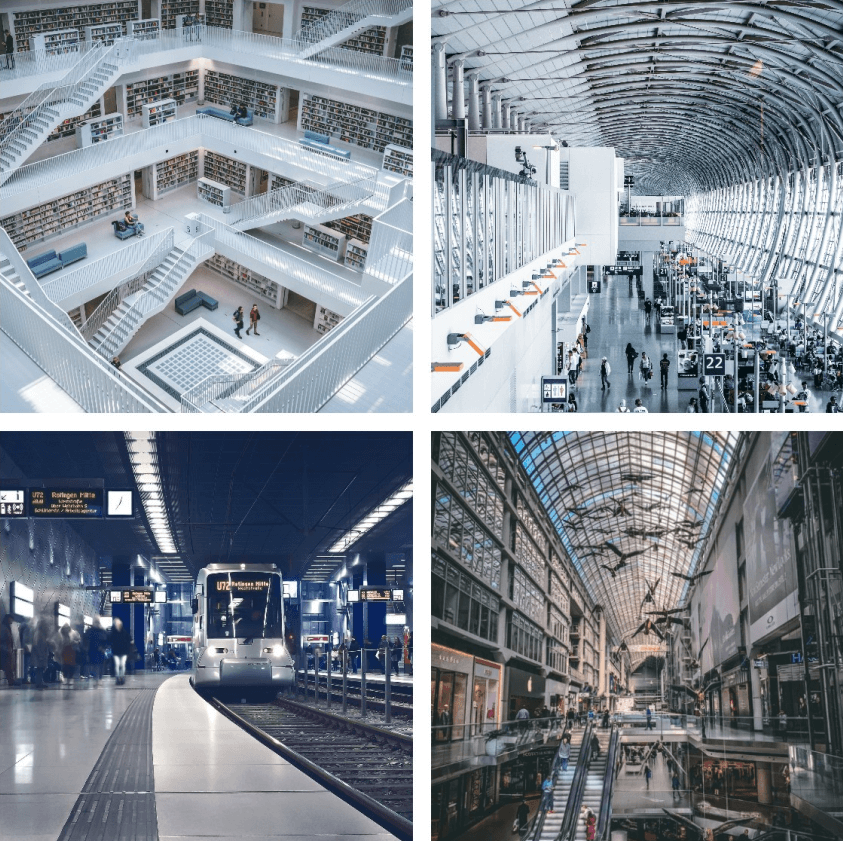 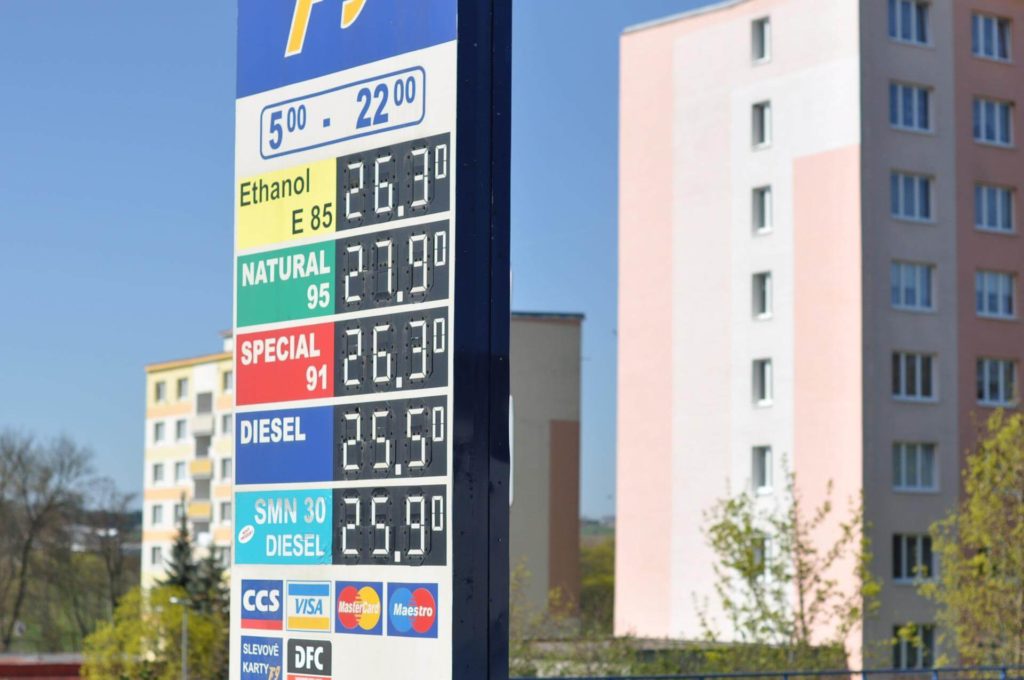 Additionally, due to the high contrast of the e-ink screen, the stronger the light is, the clearer the image is, which means the screen has high visibility outdoor and people can see the information clearly.

It’s common that everyone encounters those situations at the workplace:

Some offices would put up the paper on the wall to show the future events of a meeting room but it can’t update the room schedules in real time and only be replaced the paper by people over and over again.

Other offices might use LCD/LED displays as room signage. It is much better than a paper sign obviously in terms of synchronizing the room schedule but it needs a continuous power supply for function. In other words, it needs complex installation with wires.

So is there a solution with real-time information updates as well as wireless installation? In fact, e-ink display meets those two points and is also applied to conference room signage nowadays. 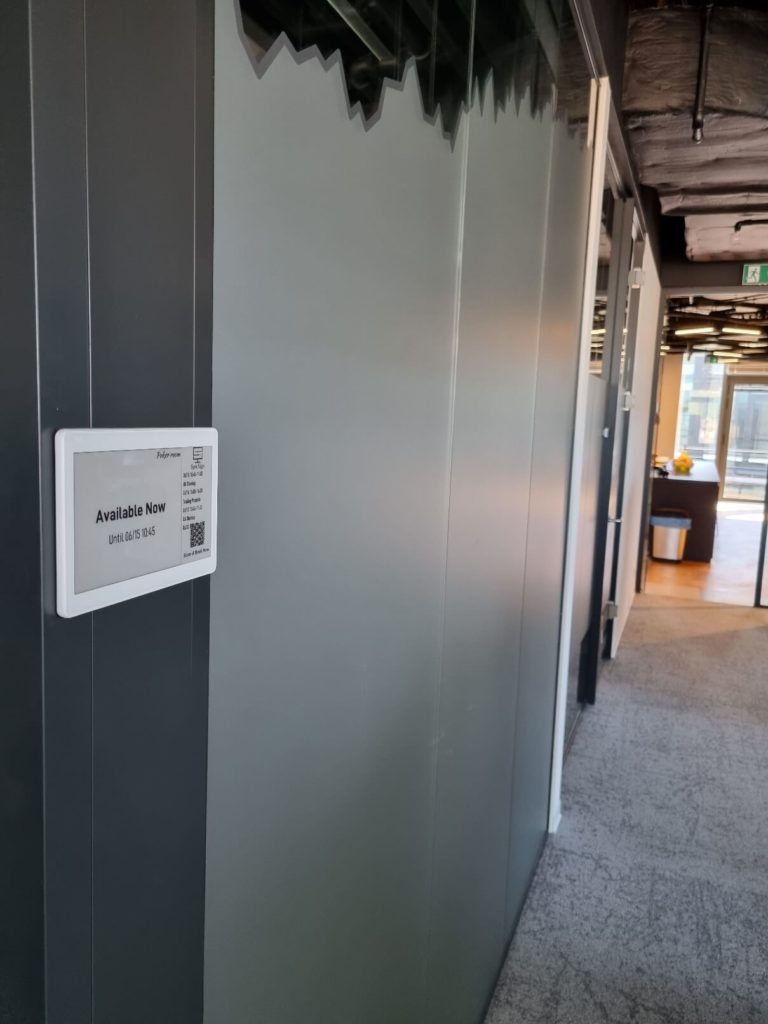 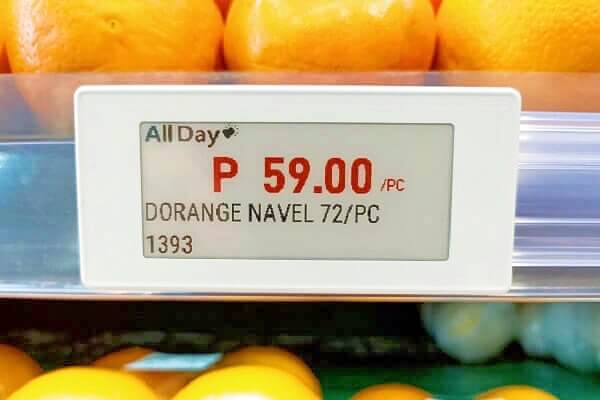 In all kinds of retail stores, they would choose paper sign to show the information of commodities, like commodity name, price, promotion, etc.

However, they need to print the a paper price tags, and then write some information on them, take the old ones down, and put the new ones up at last. As you can see, it is not a cost-effective and convenient solution due to the paper resources and labor costs.

Hence, an e-ink display can be a wonderful electronic shelf label solution for this problem. The staff just remotely accomplishes the above-mentioned process from a computer.

Although this way needs to drill staff to learn how to use the system, it could bring much benefits once for all. That means it not only reduces the labor cost, avoids paper waste and saves other expenses but also optimizes the workflow of commodities information management, increasing the staff’s working efficiency.

SyncSign is a smart office solution supplier that helps the organization transform the way it manages meeting rooms, desks, and workspaces. We bring plenty of customization possibilities with IoT technology to simplify facility management, empower employees and increase workplace productivity.